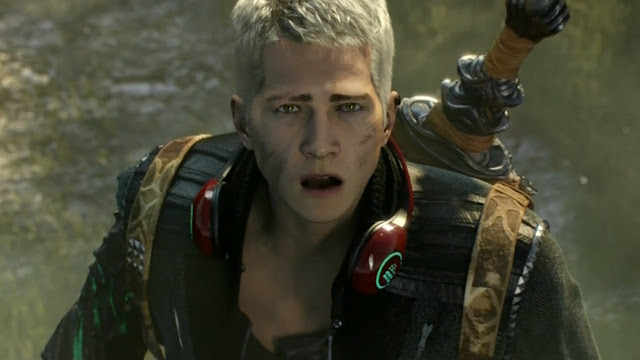 One of the biggest stories to hit the net over the last few days has been the cancelation of the Xbox One console exclusive Scalebound. The game was being developed by Bayonetta creator Hideki Kamiya for PlatinumGames. The game had seen numerous media coverage during its development cycle since its debut at E3 2014. However just a few days ago, Microsoft offered a stale and lifeless announcement about the game’s cancelation:

After careful deliberation, Microsoft Studios has come to the decision to end production for “Scalebound.” We’re working hard to deliver an amazing lineup of games to our fans this year, including “Halo Wars 2,” “Crackdown 3,” “State of Decay 2,” “Sea of Thieves” and other great experiences.

Thankfully, both the President/CEO of PlatinumGames Kenichi Sato and Kamiya Hideki gave a more heartfelt/sincere apology for the games cancelation. Mr Sato took to the official PlatinumGames blog to post his thoughts:

We’re sorry to say that on January 9, 2017, Microsoft Studios announced the cancellation of Scalebound. We are very disappointed things ended up this way, especially since we know many of our fans were looking forward to this game as much as we were. Going forward, we will strive to continue delivering high-quality games to you, starting with NieR:Automata in March, and including products like GRANBLUE FANTASY Project Re:Link and LOST ORDER in the future. We will keep working hard to meet your expectations and we look forward to your continued support!
President and CEO Kenichi Sato

As you may have already heard, Scalebound has unfortunately been canceled. I’m very sorry to everyone who was looking forward to this game.

Sorry to bring you such bad news at the start of the year. All I can do for you is to promise to keep delivering fun games.

I’ll work extra hard to never have to let you down like this again, so I hope you will keep watching over us in the future too.

I thought I would get lots of savage messages, but in reality I’m getting lots of warm messages. Thank you.
(´；_；`)

It’s a shame that Microsoft couldn’t be a little less sterile in their apology but as they said, you got more games that are not Scalebound coming out on the horizon to play to fill the void. Now we can just think about what could have been.