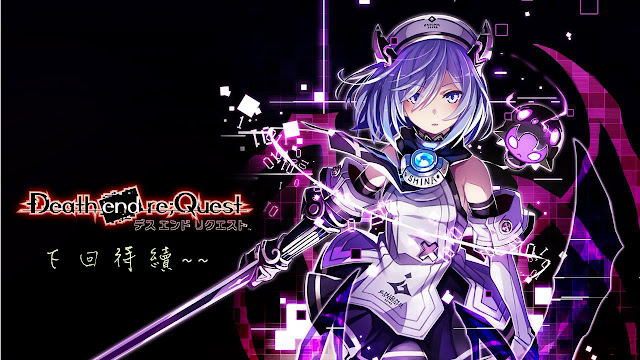 Idea Factory revealed that their newest JRPG Death end re;Quest will be heading to North America and Europe in 2019 for the Playstation 4. The story will be your typical .Hack/SAO fair as the main character Arata Mizunashi was working on an online game World’s Odyssey as a programmer alongside Shina Ninomiya. Shina went missing and ends up inside the game. Arata goes inside the game to save her but he gets trapped himself. The only way to get out is to complete the game with 100% and unlock the perfect ending. Sounds like just about any Idea Factory game to me.

Key Features
Beyond Belief: Fact or Fiction? – Jump between reality and in-game modes, as players will need to investigate in real world view to solve the mysterious inner-workings of the World Odyssey, and switch to an in-game view mode to battle against glitched-out monsters. Choose options wisely, as your decision can change the game’s ending!​

Turn-Based RPGs Flipped Upside Down – In this turn-based command battle system, you can roam freely and duke it out with fearsome monsters. During battle, players can change the game’s genre from a first-person shooter to even a fighting game!

You’re Buggin’ Out – While exploring, players will need to activate character-specific dungeon skills to access hard-to-reach areas and hidden treasures! ​Follow the White Rabbit and Discover a Bug
Infested World – In this hyper-realistic game world, players must help out Shina escape a game universe filled with infected bosses and mesmerizing environments!

Check out the announcement trailer below: