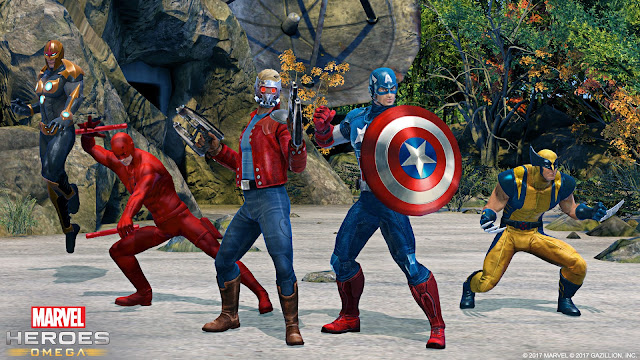 Marvel (in conjuction with Playstation) have announced a brand new free-to-play action RPG Marvel Heroes Omega for the Playstation 4. Anthony and I were just discussing Marvel’s new gaming initiative on a recent podcast. We were definitely hoping for something like this to be released.

Take control of your favorite heroes from across the Marvel universe and team up against hordes of enemies. Not much has been revealed just yet. More information will be released in the near future. We’ll keep you updated. In the meantime, check out the teaser trailer below: