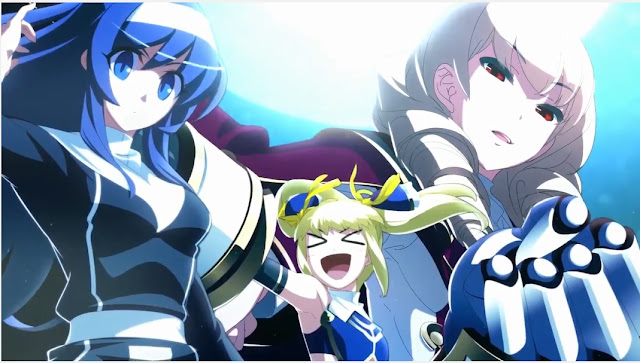 After months and months of waiting, Aksys Games and PQube Games have announced that the latest (and hopefully final) update for Under Night in-Birth Exe: Late [st] will be released in both North America & Europe on February 9, 2018 on PlayStation 4, Playstation 3 and Playstation Vita. Check out the official tweet:

First off, Under Night In-Birth EXE:Late[ST] (#UNIST to her friends) comes out in North America February 9th, 2018 in solidarity with our EU compatriots! Pre-order info coming soon!

It will be available for #PS4, #PS3, and #PSVita #GanbareVitaKun (T^T) pic.twitter.com/aaPtq3QhpC

Under Night In-Birth Exe:Late[st] is the sensational new fighting game by developer French Bread, creators of Melty Blood, the fan-favorite fighter that’s been a staple of Japanese arcades and community events for years. Hailed as a game that truly nails the perfect balance between traditional 2D fighter gameplay and the over-the-top action of ‘anime’ fighters, Under Night In-Birth Exe:Late[st] features an electrifying cast of 20 characters, 19 gorgeous stages to battle on, and a Chronicle Mode that will delight fans and newcomers alike with an all-new UNDER NIGHT IN-BIRTH single-player story.

•Re-balanced gameplay – Old favourites have new abilities and new gameplay elements have been added, including the ‘Veil Off’ system that opens up new combo opportunities.

•Mission Mode – Learn new skills in a dedicated combo challenge mode and take on some of the hardest challenges in the game.

•Tutorial Mode – An expansive tutorial mode has been added to the game that teaches all the skills necessary to level up your game.

•Chronicle Mode – Discover the narrative of Under Night In-Birth Exe:Late[st] in a dedicated story mode experience.

It feels like its been an eternity waiting for this final update. Aside from the Tutorial Mode, new characters (Wagner-chan!) and stages, I’m interested in finally learning the story for this game. Arcade mode in the previous version was pretty barebones to say the least. Hopefully Chronicle Mode is done well. Check out the European trailer and Japanese promo trailer below: