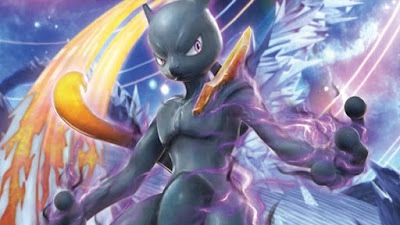 Pokken Tournament is quite a unique game. It has many elements of a typical button mashing anime game but has somehow retained an element of competition. Today, I wanna discuss how that came to be and how future “button mashers” (as I will now refer them for the remainder) can learn something from Pokken. As someone who loves fighting games, more options can always be good.

For the best comparison, we’ll be talking about the latest Naruto Ultimate Ninja Storm 4. Now, UNS4 has its own competitive scene. It was surprising to even learn that, but it’s true. However, there are reasons why we’ll never see UNS4 at a major. And no, it’s not as simple as “it sucks”.

For one, the game has no sense of balance. It tries to, but in keeping faithful to the anime which has CLEAR distinctions of who is good and who is shit, it inherently can’t find a balance where characters aren’t completely overpowered. This is even more apparent when you consider UNS4’s enormous roster. The game has 61 characters which then turns to 86 when you consider alternate forms. That is absurd. So then, how is it that this enormous character roster still boils down to a handful? It suffers what I call the Marvel Syndrome. Huge roster, but there are a small percentage of winners.

The reason why Marvel gets away with it is because of its community, which is reason number 2. The Naruto community is pretty sectioned off from the rest of the FGC, which isn’t helped by Namco Bandai‘s handling of the game. Only once have they aspired to be “competitive” and that was in the days of the PS3. Other than that, its released as a love letter to the Naruto fans. They, of course, love it. The others who play the more serious game call it just another button masher. They never take the game seriously, and its debatable if it’s meant to be. However, it’s that mentality that keeps it from competition. “It’s not meant to be competitive, so why put it in?” The thinking is fair, but it really serves to keep this kind of game from ever really being seen as anything more than cinematic button mashing.

Now, we look at Pokken. It was advertised as a game meant to be competitive with Katsuhiro Harada even having a hand in it. In case you don’t know who he is, he is the mastermind behind Tekken. That name alone was enough to bring promise of a pretty good fighting game. For the most part, it delivered. The characters presented felt balanced enough where they were beatable. While there were gaps of power between some Pokemon, the gaps never felt too wide. Unless you pick Shadow Mewtwo, in which case you might as well just let your opponent know you hate fun. 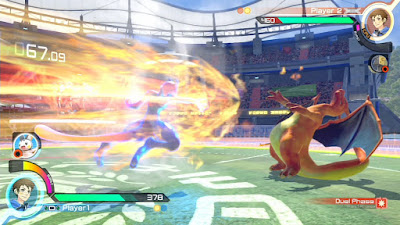 Pokken is a simple game. It even has a button masher game’s layout. However, it supplements the simple controls with complex systems. UNS4 sort of just throws you into the game and say “play”. It has rules, of course. The chakra gauge, substitution gauge, and assist gauges all work to keep some sort of boundaries in battle, but it really does nothing to offset its more random gameplay. Pokken does this by introducing Phases. It has a phase where the game is more long range and a phase where comboing and close combat is prioritized. These Phases help with setting a pace and keeping the game from being a game of keep away.

UNS4 needs this badly. It needs a way to keep the game from being focused on mid to long range play. There’s a reason why people groan when they see characters like Deidara. His combos abuse the way UNS4 doesn’t govern the long range game by making all his attacks explosive projectiles that combo into each other. That’s cheap as hell, and the button masher’s biggest failing. It has no way to govern cheapness. 2D games have corners for that very purpose. Imagine if Street Fighter had an endless stage with no corners. The projectile game would be ridiculous. And it can be said that UNS4 has stage boundaries, but they’re so large that they might as well not exist.

Pokken’s stages are tight and even if you are facing a projectile heavy character with a more close ranged character, the Counter system helps make it so you aren’t just easily chipped away. Pokken did what other button mashers don’t. They govern the cheapness. They add some complexity. They have rules that are actual rules and not just game slowing restrictions. Watch a UNS4 match and then watch a Pokken match. The reasons will show sooner than later why people love to see Pokken and why people laugh when they hear the phrase “professional Naruto player”.

Which do you guys like more? Why? Let us know.