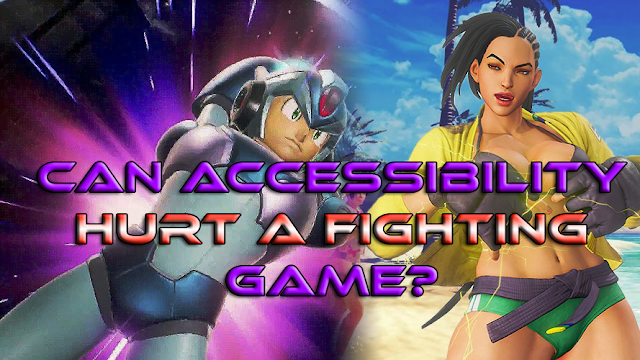 Since the launch of Street Fighter 4 and the revival of the fighting game genre, fighting games have changed quite a bit from the days of Street Fighter 2 on to Marvel vs Capcom 2. They are easier to play and understand, the internet has made communities thrive, and to some that can be a great thing. More people who can play a game means more sales, which means more sequels and projects for us to play, and also larger communities for said games.
However, some would also argue that there comes a point where that access cripples a game and makes it too easy for anyone to be good at. It’s a common complaint among newer games, actually. The claim is that the depth is robbed from the veterans in favor of catering to the newer crowds. Is that a fair claim? Can accessibility be bad for games? Well, let’s discuss.
We’ll start with the game that began such claims for the current era, Street Fighter 4. While the game was given a rather warm reception, it received its fair share of ire for the Focus Attack system as well as the Ultra system. The latter was meant as a high damage comeback mechanic that is built by taking damage. When it was explored, it was seen as a means for new players to simply land an attack and level the playing field against someone who’d been outplaying them for an entire round. As for the FA system, it was a means of absorbing an attack and then countering with one of your own. It was also used to cancel many normals and specials to make them safer. This was abused. Heavily. 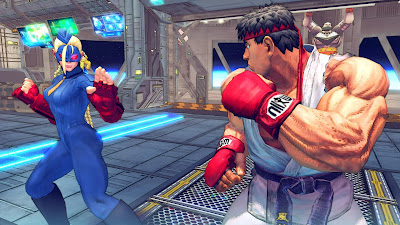 It became the cornerstone of many high damage combos, but it was then that people found the depth of the game without taking out the accessibility. Optimized Focus Attack combos were difficult, especially when you factor in 1 frame links. It created a new level of creativity. It took a noob friendly mechanic and made it something that was easy to learn and difficult to master. To this day, many regard it as the go to Street Fighter game…which leads us to Exhibit B.
Before that, some honorable mentions to the cause of how harmful accessibility can be, if left unchecked. Street Fighter X Tekken. I love the game to death, but it was a busted game. Between the Gem system and the VERY loose combo structure, it led to some pretty nice combos and some were even difficult to pull off. But more often than not, the characters that were at the top had the highest damage for the least work. Marvel vs Capcom 3. While it, too, is “easy to learn, hard to master” the difficulty in that game comes down to execution. Once you can do a combo or a set up, then it isn’t hard to win. Look at Vergil or MorDoom. Once you could do that kind of horse shit, winning wasn’t hard. Yes, it still makes me salty. Injustice. It was an easily game to play, plagued by characters that were too good with moves and set ups that could be learned in a couple practice sessions. Remember Batgirl? That wasn’t at all hard to do. Once you learned it, like everyone else did, then it would be Batgirl featuring the rest of the cast. 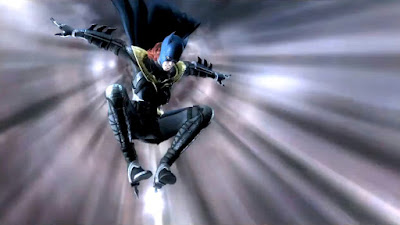 So now, here we are. Street Fighter 5. I will be brief, as I have talked this game into the ground. Three frame links. That alone seemed to rob the game of depth and give character a list of go-to combos. Along with that came their V system which…didn’t exactly help or hurt that depth for most characters. Most V-Triggers are either really good (Balrog, Laura, Urien, Necalli) or really bad (F.A.N.G., Ryu, Nash, Vega) and help propel characters through the tiers as a result.
Of course, there are games that maintain a balance of ease of play and depth. Look at Guilty Gear Xrd. It is easily one of the easiest anime fighters to jump into. But being good at it and being creative with your character is a challenge all its own. It took a mechanic that were once reserved for the TRUE masters of the game, Roman Cancelling, and made it easier to implement one several levels while making it a mechanic that needed to be mastered in order to use effectively. Plus, it still has its fair share of tricks within its air dashing, Dust mechanic, various defensive options, etc. Try it for yourself. It isn’t a game you can simply play for an hour or 2 then go online and expect to reign over people who have been playing it since release. 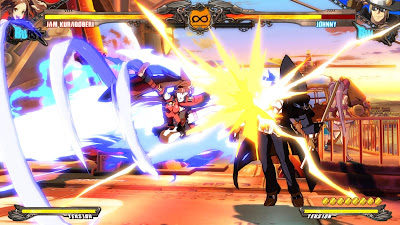 So, the take away from this is…accessibility is a fragile thing that needs to be handled properly. Is it bad? Not necessarily. It needs to be checked or else the game will be shallow and uninteresting. Currently, that is the worry of Marvel vs Capcom Infinite. With the discovery of auto-combos and the rumors of easy inputs, people are already speculating that it’ll be a shallow shell that fans don’t want to be a part of. I think it will strike that sweet spot, but time will tell. In all honesty, I don’t think that its all that hard to strike a balance, but I also don’t develop games. I just play and enjoy them.
So, where do you stand? Are your for accessibility, or do you favor a deeper and harder game? Let us know in the comments.

1 thought on “#FightFriday: Can Accessibility Hurt A Fighting Game?”