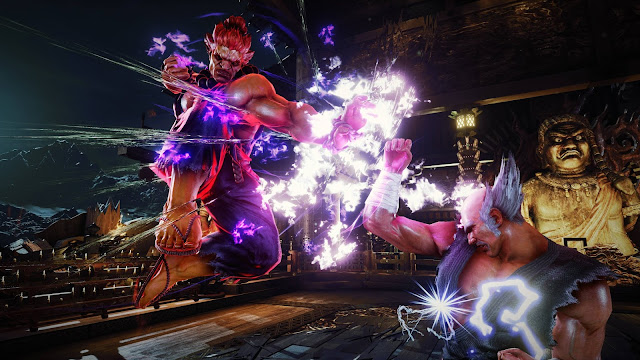 To call Street Fighter V a polarizing game would be a disservice to the conversations it has caused. From whether or not the game is skill vs. guessing; to whether the game has any depth to it, this game has become a necessary game no matter how you feel about it. One conversation that doesn’t get talked about enough though is how difficult the game actually is and where the difficulty in the game lies. Because, let’s face it: If the game was as easy as some would like to believe, then anyone who knew how to cancel a normal into a special would be a Pro. What makes this game hard for newcomers who want to break out of Bronze rank or get out of pools at a tournament?

Some say the offensive nature of the game. Some say the lack of defensive options. But this will focus on a bigger issue that I think affects most contemporary fighting games, and that’s the “numbers game.” By the “numbers game” I mean the need to know frame data and how the priority system works. Frame data is nothing new to fighting games. Most, if not all, fighting games have it. If you pick a fighting game and google the frame data, you’ll find all you need in community forums about move values. However, chances are in many of those games you aren’t looking up frames all the time. For example, another game I play quite a bit is BlazBlue (CentralFiction in this case). When I go looking up moves on characters, I’m looking up more about play styles and match up tips. Not so much the frame data on a character, and some argue that you should. But at least there it can be argued. Street Fighter V is a game that seems to be outright dominated by its frame data and that can be a problem for some.

Let’s make something clear: this isn’t an argument to make fighting games easier. Not at all. Fighting games are challenging, and that should always be the case. But the difficulty a game has shouldn’t be dictated by something that isn’t as readily available as people would like it to be. Yes, SFV has a training mode to teach you when moves and strings are unsafe. That’s great, and I applaud the game for that step forward. But for people just starting or those who want to be better, that can all look like hieroglyphics. Consider this: what if SFV was someone’s first fighting game ever? They knew next to nothing about the genre and wanted to get good at the game. So what does the game have to help them do that? A tutorial of the mechanics, trials, character intros, and a pretty good training mode. So far, so good. And for any other fighting game, this would be enough.

However, in this game you need to know more. You need to know plus frames, frame advantage, frame traps, and meaty setups just to cover the basics. Again, every game has these, but they also have mechanics that give beginning players way to kind of do well without that knowledge. The ceiling they hit in other games without this knowledge, in my opinion, is higher in other games than in SFV. Not knowing frames in older games like Street Fighter 2 or 3 or the Alpha series wasn’t as important then than it is now. You could do fairly well because the mechanics in the game were built to give you some sort of a means to defend yourself in certain situations. Alpha Counters and meterless reversals helped beginners or even intermediate players still be able to play the games and do well without knowing the numerical stuff. If you wanted to be more advanced and learn hitboxes, hurtboxes, and frames then you could. 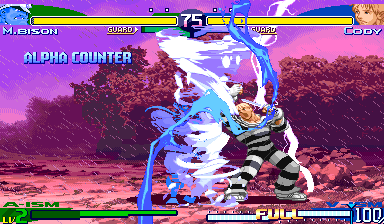 Even now, I don’t think that knowledge is as valuable in other games than it is in SFV. The next game where something like that may matter is maybe Dragonball FighterZ or Tekken 7. But even in those games, the mechanics help you kind of ignore that stuff. DBFZ has a burst, a reflect mechanic, and switching you can do in block stun to help you not get blown up. Tekken 7 has movement options to help you not get wrecked. All a beginner would need to know there is sidestepping at least so they could survive in the neutral game. In SFV, you just don’t have that. You need to know the frames of your anti-airs, your strings, your EX moves, and your reversals or you will 9 times out of 10 be destroyed by someone who does know those things.

Now, is this to say that newer fighting games are dominated by this? Not at all. I believe this to be an issue that exclusive only to SFV. Any other game, I can either play it “by feel” or at least have knowledge of the game mechanics and do just fine. The frame data in other games have ways to be subverted and I think that’s important. Be it the way moves push back, the reversals we have that can be used at any time, or some other defensive crutch to play the game well. They are important. And yes, I use the word crutch. It isn’t necessarily a bad thing to need help in a fighting game. As I said, they can be challenging. But the goal here is to make that challenge fun and worthwhile, not like math homework. 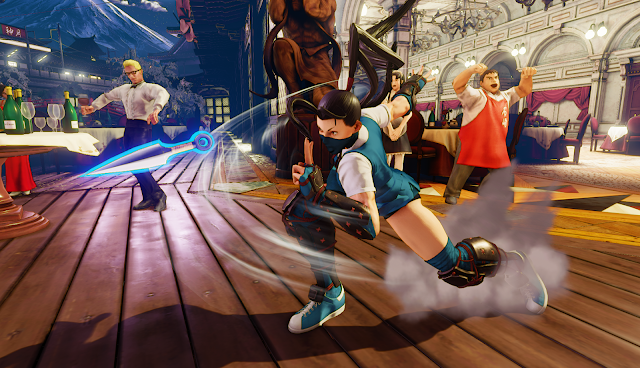 In the end, I think today’s fighting games are fine as they are mostly, but the design choices of SFV should stay there. I think that game could do with some of the mitigation tools other games have, but the need for frame data isn’t something we need to be too concerned about unless you’re trying to make Top 8 at Evo. But for the average player, I think these games that are out are fine and should inspire many to want to get better. As for SFV, for all the talk of the simplicity, I think some have been turned off by the challenge of it and didn’t even know why. That is honestly the worst of it. Not knowing why they aren’t getting better. But, I hope this and other conversations help and inspire them to be better. What do you all think? Are fighters today just number games? Or is this a SFV only issue? Let us know in the comments.