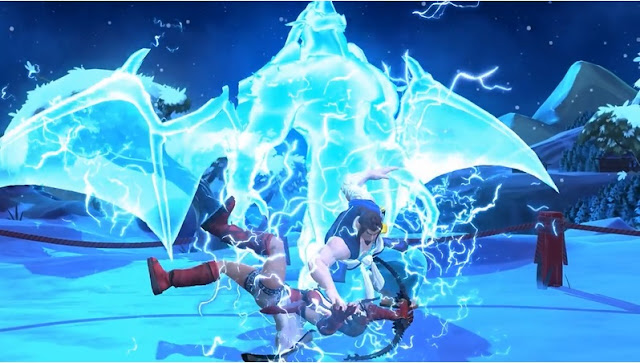 David Sirlin of Sirlin Games has offered a glimpse into the world of Fantasy Strike. David Sirlin has been in the FGC (Fighting Game Community) for more than 25 years. His credentials include placing Top 8 at EVO three times and also working on Super Street Fighter 2 HD Remix as Lead Designer. Safe to say, David has a wealth of knowledge about fighting games. One of the main critics about fighting games is the barrier of entry is so high that casual gamers can’t seem to enter. David plans to offer an entry way into fighting games as Seth Killian did with Rising Thunder.

Fantasy Strike is offering 1-Button inputs and 0-button counter attacks. That’s right. This game will have the simplest control scheme for any fighting game on the market. And it will be one of the most accessible fighting games produced on consoles. The game is currently in its pre-alpha state and won’t be finished for quite some time. If you’re heading to the Playstation Experience this December, you can stop by his booth and give the game a try. In the meantime, check out the reveal trailer below: