Have you ever had a game you loved (REALLY loved) and you wanted to gush about it; even put it in your top 10 favorite games ever? But when you did, no one seemed to know what you were talking about? Well, that’s pretty much Darksiders for me. Both of them. I love these games so much. From their combat to their focus on exploration and puzzle solving, I find very little to criticize. Well, more so in the first than the second. If the first game had the second game’s combat, it’d be nearly perfect.

While this isn’t a game that doesn’t come up for discussing when talking about gaming masterpieces, I am glad that THQ Nordic have been showing support and love to the series to even give it a third installment. After the 2nd game, I didn’t think they would. Darksiders 2, while having a lot going for it, was really brought down by what I’ll call the “repetitive 3’s” where in order to advance to the next world you had to collect three of a thing. The game was fun, don’t get me wrong. But how many times can having to collect three things be justified? Not to mention, the last 3rd of the game was pretty boring.

Still, it was a solid game. Just not as solid as the original where my only real grip was that War could be a tad unwieldy. But once you get the hang of his combos and new moves, he was fun. It felt great to cleave through everything with your heavy ass sword. Plus, the story of that game was well told. I can’t think of much I could really give that game crap for. 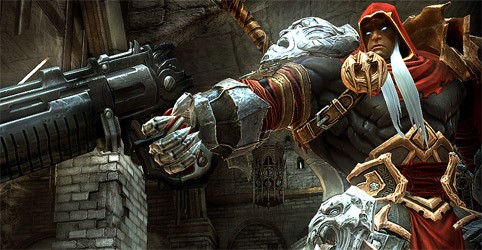 For the uninitiated, the Darksider‘s series revolves around War and the false accusation that he started the apocalypse early and destroyed mankind. The first was about him clearing his name, the second was about Death trying to prove the same, and the third…seems to be about Fury killing the Seven Deadly Sins in order to bring some sort of balance to Earth.

What I find most interesting about Fury is that they describe her as a powerful mage and we already know she fights with a whip. I’ve seen some “gameplay” but I still would like to see more of her magic at work. She seems to lean more toward Death’s playstyle where you’ll have to learn how and when to dodge as opposed to being able to block like War. I miss blocking by the way… Anywho, I can also tell that this is a much better looking game than the last two. They weren’t completely ugly but they weren’t graphical masterpieces either. While Darksiders III isn’t pushing graphical boundaries either, the art style here looks improved. 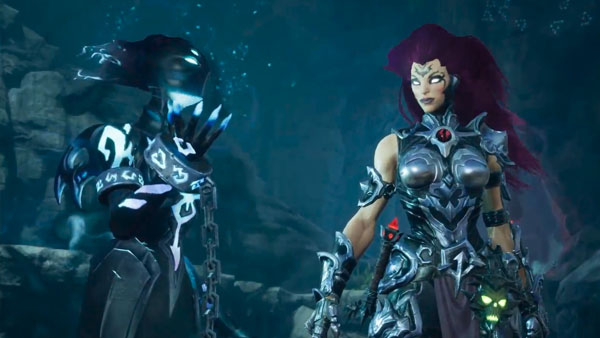 The more I see of it, the more I want it. I want to play as Fury SO bad! But more importantly, I want to more or less signal boost this series because I think it deserves more love than it’s getting. They’ve even remastered the games for modern consoles. I’m not sure if it’s on PC or not, but if it is then get it! Not to mention those two are almost always on sale if you’re on the PS4. I, of course, think you should start with the first game. These are pretty story driven, so not knowing what’s going on in the first will do you no good moving forward.

If you have played the first two, then we need to talk and get more people involved. Also, get the third. THQ Nordic is putting out some pretty nice special editions if you’re into those kinda things. The $149 one comes with an artbook (which will look AWESOME), a soundtrack, a special edition case, THE GAME, and a statue of Fury that looks pretty sweet. But then they have a $399 one that comes with all the previous stuff, a wall scroll, and statues of War, Death, and the best merchant since Resident Evil 4 (yes, that is a fact and yes, I will fight about it) Vulgrim.

If you have not seen anything about this game check out the new trailer below. I promise you won’t be disappointed. For those who have played it, what did you think of it? Which did you think was better? Let us know what you think. Darksiders III – Flame Hollow Trailer