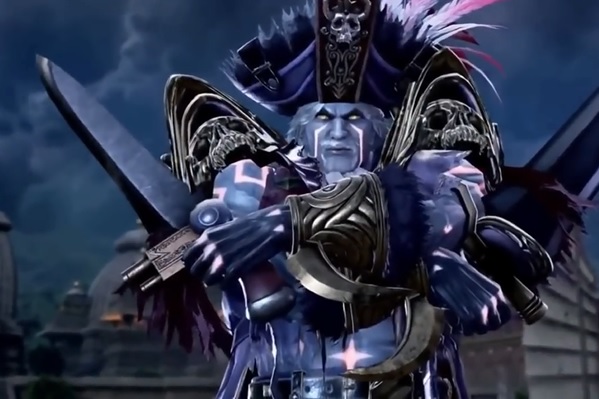 The rollout for Soul Calibur 6 hasn’t been the same since Tira was announced as DLC. Not soon after Cervantes and Raphael leaked during a Soul Calibur event ahead of their official reveals. Not exactly sure all the details but this trailer was uploaded (by Namco) and then pulled for unknown reasons. Luckily the internet is undefeated when it comes to things kind situations and the trailer has been uploaded again by other Youtube channels.

Cervantes has his usual toolset at his disposal. He doesn’t look to have anything really new added to arsenal judging by this trailer alone. However, that’s not a bad thing. Cervantes was always a strong character. It does look like he has some new(ish) off-the-ground combos. Check out his unofficial but official trailer below: Soul Calibur VI – Cervantes reveal trailer