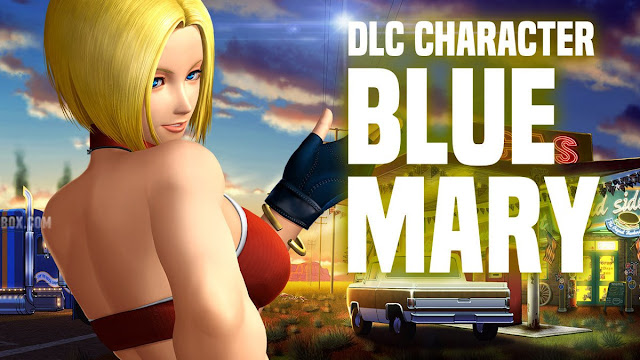 It’s been a long time since we’ve seen Blue Mary. She was teased in KOFXIII in the story mode and I was hoping that she would eventually end up as DLC. Sadly support for that game ended soon after. Since then, fans have been clamoring for her return.

Thankfully SNK has revealed her as the last character for the second wave of character DLC for King of Fighter XIV. I will say that her trailer is underwhelming and her character model is a bit plain. It looks like all her signature moves are in tact. Hopefully she plays well.

All four DLC characters Heidern, Najd, Oswald and Blue Mary will be available on April 12 with the huge Ver. 3.00 Balance Update.

Blue Mary makes her triumphant return to THE KING OF FIGHTERS XIV as a DLC character! Born into a family of accomplished martial artists, she is a specialist in several techniques but excels in the grappling fighting style of Sambo. Watch Blue Mary take down her opponents in the latest trailer.