Just so you know, we are talking about MVC:I next week. Gotta let it live a little first.

In the meantime, I want to talk about something that…when we think about it can be called the boom of the crossover game. Before this point we’re going to discuss, playing arcade only games was difficult. No only did you have to travel to the arcade but you also had to wait for your turn, play only one time, and if you lost you had to wait AGAIN. Arcades were a good scene, but they were frustrating. The solution was of course home ports. But, up to this point they sucked. One of my favorite (and best) examples is the difference between the Killer Instinct arcade version and the SNES version. As a kid, I saw the SNES version and was like “WOW THIS GAME LOOKS AMAZING!” Then I grew up and saw the arcade version, confused about whether or not the SNES version looked that good.

Thing was, it was the best we had. Until the technology was being pushed too far…presumably. Even if the tech stayed the same, I’m sure people would have tried to port a lot of these arcade games…till we got more shit like the Street Fighter Alpha 2 SNES port. But in the distance stood a hero. An unsung trend setter of the arcade perfect port. A piece of technological genius that was able to ACTUALLY bring the arcade into your homes. The Sega Dreamcast, the system that left us too soon. This system would set the new standard for the arcade home port by making it possible to make games look as good on your television as they do in the arcades. The PlayStation 2 would come along and be able to relatively do the same, but the Dreamcast was the system that blazed that trail. 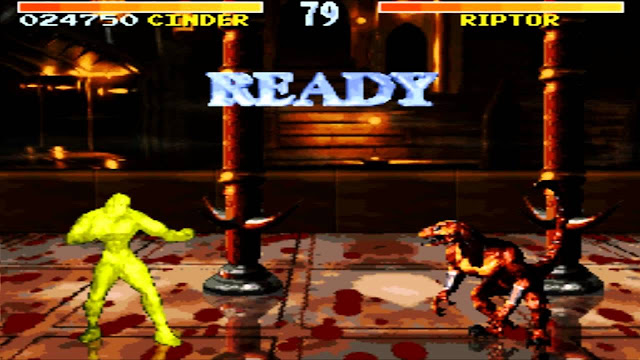 Imagine if Street Fighter 3 on Dreamcast never exited. We’d still be stuck with the PS1/SNES versions that look like crap in comparison and aren’t frame to frame recreations. I only wish past arcade attempts could have been made. If we could have had Killer Instinct 1 & in its arcade states in our homes?? It would have been amazing. I mean, the new one is pretty good, but the originals were better in my opinion.

On top of bringing us perfect arcade ports, it continued to bring us some of the best fighting games of our time. The PlayStation 2 had some pretty good fighting games, but more often than not the fighting game crowds were more drawn to the Dreamcast. Project Justice, Power Stone, a plethora of SNK games, Street Fighter 3 while it tried to figure itself out, Marvel vs Capcom 1 & , and one of my favorite guilty pleasure games that no one talks about Tech Romancer.

Now the arcade scene was within the homes of those who owned a console. Obviously, this caused the fighting game scene to expand. Now, those who couldn’t get to arcades could play and practice at these games and be as good as those who did. Or so that was the idea. If you didn’t care about being a pro, you still got to play some of the best fighting games of the time without having to leave your home. It would also be part of why the arcade scene would decline, but later down the line that’d be…somewhat remedied. For now, the games got more exposure and people bought them up. Which meant more would come. 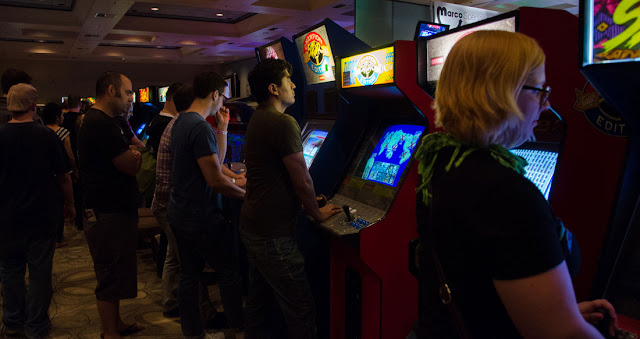 There was even an occasion where the console version came out BETTER than the arcade port. Remember Mortal Kombat Gold? While I’m not the biggest fan of the franchise, I can give credit where it’s due. Go take a look for yourself. Look up the arcade version, then the Dreamcast version. Tell me Gold doesn’t look better. It makes me wonder how many other games it could have elevated. How many other ports would have gotten even better. That little thing was pretty capable and I only wonder what it would have done if it got better. A Dreamcast 2 or something. It makes me with Sega still had the ability to make consoles.

Were it not for the Dreamcast‘s own shortcomings, I do believe that we could have gotten even more games in the West. In Japan, I’m sure their Dreamcast library is even more expansive. Especially when this was the time where SNK was churning out so many fighting games. Alas, it would be only destined to a blueprint or a grandfather if you will. Even now, people want games that the Dreamcast either had exclusively or were games that people played mostly on their Dreamcast. Project Justice and Power Stone are 2 of the most requested properties who’s fanbase wouldn’t exist without this great system. But, who knows what Capcom is thinking with that…﻿﻿

If I had anything to complain about when it came to the Dreamcast, it’d be the controllers. Even today with my large man hands, that thing is a terror to hold. Who designed that? Who was it for? Did the person who made it have any idea what ergonomics were? Did they someone commission the person who made the N64 controller to do that? I tried my hand at playing some fighting games with it and…whew boy. No. Not at all. Not for me. But, in the grand scheme of what the console did, its a really minor gripe. So to the Sega Dreamcast, a console ahead of its time, we salute you for all you did for fighting games. Not just for the community, but for the casual players as well.

Thinking of this now, its almost depressing to know that all they do is make Sonic and Yakuza now. Yes, I know they make more but these are their big franchises. So, did you guys ever own a Dreamcast or know someone who did? What were your memories playing this console? Or did you hate it? Let us know in the comments.