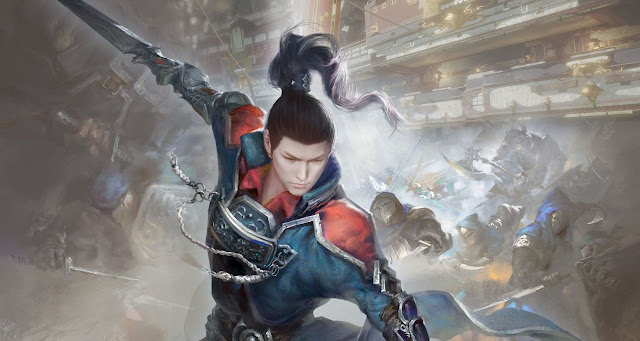 From Chinese Publisher Oasis Gamescomes the action 2.5D side-scroller, Hidden Dragon: Legend. Offering stunning visuals and impeccable gameplay, Hidden Dragon: Legends will have you slashing and jumping across ancient China. The game is slated for an August release on PS4 with a $19.99 price tag. Read more about the game and watch the announcement trailer below:

About the Game:
Hidden Dragon: Legend is a 3D action adventure game developed by MegaFun Games. The story of the game is based on the Chinese Tang Dynasty in 737 A.D.

•Slice and dice with combos — Dispel foes with a variety of attacks, devastating them with stunning combos and abilities

•Fight with skill and style — Battle through waves of enemies using lightning-fast, deadly attacks, or perfectly time a dash to counter-attack adding even more combos

•Get acrobatic — Jump, swim, and grapple to avoid obstacles, escape enemies and clear missions through vibrant, detailed levels inspired by ancient China and the paranormal universe