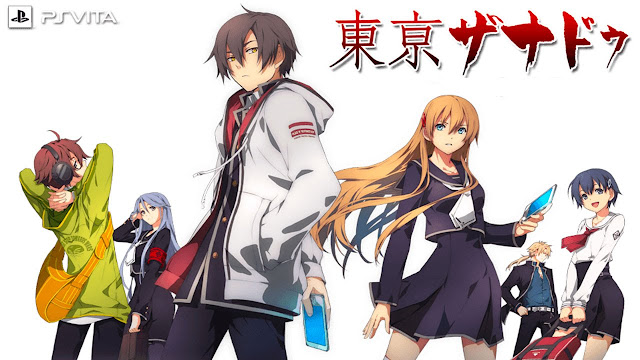 It looks like 2017 is the year for JRPGs. Arksys Games will be localizing the Falcom Action-RPG Tokyo Xanadu. The vanilla version of Tokyo Xanadu will be released on PS4 and PSVita this summer with limited editions for both ports:
PS4 Limited Edition 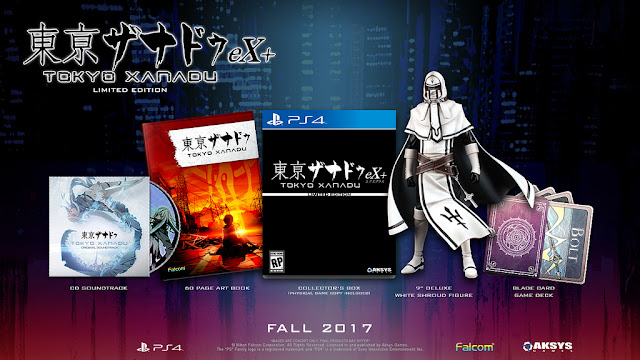 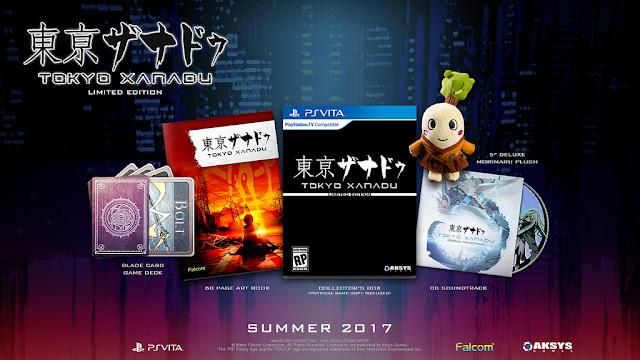 Also, the expansion Tokyo Xanadu EX+ will be arriving on the PS4 this fall as well. And if you’re unfamiliar with Tokyo Xanadu here’s a brief prologue:

“17 year-old Kou Tokisaka is your everyday high schooler who lives in Morimiya on the outskirts of Tokyo. On his way back from work one late night, though, in an old part of town, he finds himself caught up in a certain “incident….” Meanwhile, having returned from overseas and transferred into school in April, Asuka Hiiragi is an attractive girl with an affable, friendly personality who’s made for a popular class president. That doesn’t stop her from getting caught up dealing with a group of brash delinquents who try to take her somewhere, though. Catching sight of this, Kou follows them off to a back alley. It’s there that he’s met with the sight of a beautiful, yet horrifying space, as well as that of the delinquents practically eaten by an indescribable monster known as a Greed. And then from thin air emerges “her” pulling out a blade that shines a blue light…”