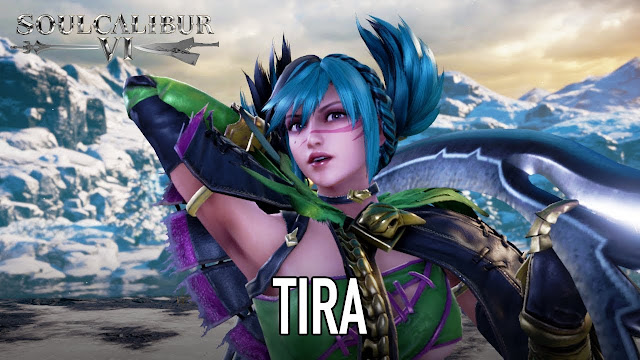 The rollout for Soulcalibur VI has gone off without a hitch mostly. I only recall the Taki leaked trailer being the only hiccup. However, this latest news doesn’t bode well at all. Fan favorite Tira will be added to the game as DLC. Yes, you read that correctly. The full roster hasn’t been revealed yet we are already aware that DLC is looming over this game. The comment section isn’t looking too good. The general consensus: People don’t like hearing about DLC so soon before the entire roster is known. And the DLC is for a mainstay character like Tira who’s been in three of the five Soulcalibur games. This isn’t a good look for the game at all.

Here’s a little gem from the Youtube video:
Will you awaken Tira’s true personality in SOULCALIBUR VI? An expert in the ominous Dance of Death fighting technique, this former assassin returns to the stage of history as a bonus character for Season Pass owners, and as a stand-alone DLC. SOULCALIBUR VI – PS4/XB1/PC – Tira (DLC Character announcement trailer) In much better news, Create-A-Character makes a return with a new mode called Libra of Soul. It looks to be a hefty single player campaign. I wonder if this mode will be a separate scenario from the main storyline. Hopefully more details are released in the next coming weeks. Check out the new trailer below: SoulCalibur VI: Libra of Soul Trailer