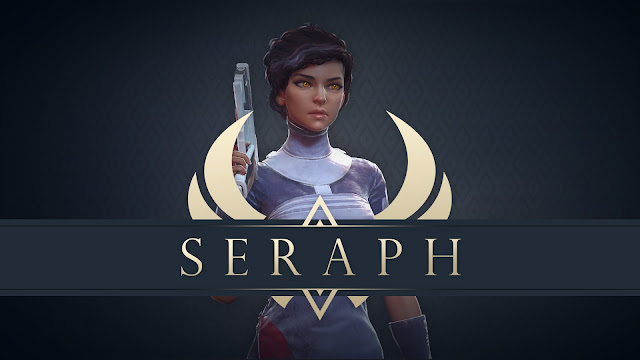 Indie studio Dreadbit is giving us a slice of heaven with its 2D Side-Scrolling Metrovania shooter Seraph. You take control of an angel who has a heavy arsenal of weaponry at her disposal. You take control of a human girl who has an angel named Seraph living within her body which imbues her with Angelic powers. Seraph is trying to restore her powers and escape this hellish prison. The catch is, if her host dies, she dies as well.

The gameplay is frantic and chaotic. There’s a lot going on. The game boast an auto-aim system so you can focus on evasive maneuvers and platforming. Here are some of the key features of the game:

– Dynamic scaling difficulty: The visible difficulty rating ensures that the game is always challenging. The better you perform, the harder the enemies (but the better the loot!).

– Not a rogue-like: Seraph can be slain in battle, but doing so will mean resurrecting with less maximum health.

The game looks very promising and interesting. Seraph is currently available on Steam Early Access and will be coming to the Playstation 4 soon. Take a look at the trailer below: