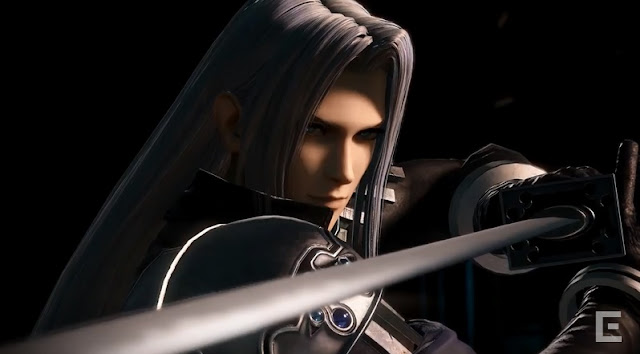 It was only a matter of time before Squaresoft‘s most infamous and legendary villains Sephiroth was added to the latest roster for the arcade build of Dissidia Final Fantasy. It looks like he’s up to his old tricks sporting his signature (yet ridiculously long) katana. He also has a bit new tweaks to his design in his shoulder detail and accessories. These are very minor tweaks but its great that he got a nice little update to his iconic costume. KoeiTecmo has done a fantastic job with his face and character model. His animations are fluid and refine. His moveset is as imposing and overwhelming as ever. He has great range with his sword while boasting impressive defensive tactics as well. The trailer is quite impeccable drawing inspiration from the Advent Children film and subsequent games. Check out the amazing trailer below.