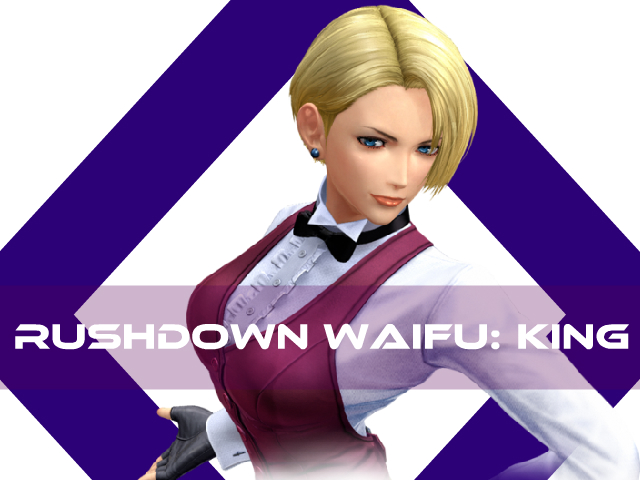 Kicking off the second season of Rushdown Waifu, we explore one of SNK’s most underrated female fighters King. King first appeared in the NeoGeo classic Art of Fighting. Later, like many SNK characters, she shifted over to the King of Fighters series. King is a trailblazer for women going against the grain of female characters being sex objects as well as redefining gender norms back in a time that was not very progressive to the topic.


King’s appearance in the first game was made to hide her gender, with the game’s flyer even using he to refer the character. According to an interview with her designer, King was primarily inspired and modeled after Jamaican singer, Grace Jones. During the concept stage they took additional inspiration from the henchwoman character in the Hong Kong film China White, performed by Dutch Muay Thai action actress Saskia Van Rijswijk.