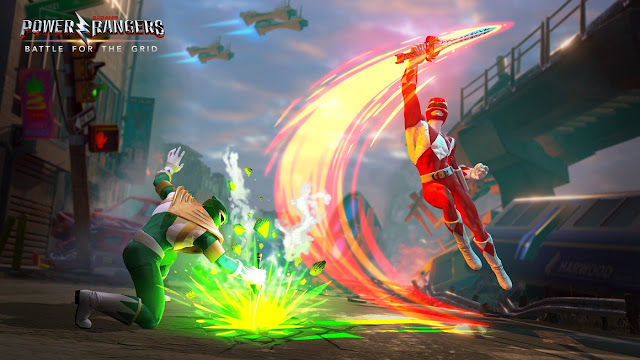 Mobile developer nWay released an extended teaser trailer for Power Rangers: Battle For The Grid, that shows off some of the 3v3 combat that looks reminiscent to Marvel vs Capcom 2. The roster will include 14 Characters spanning from different franchises in the Power Rangers universe. There will be of course a season pass that will include three additional characters and extra skins. The game will retail for $19.99 (Standard) and $39.99 (Deluxe). The Deluxe edition will include the season pass. If you pre-order now, you’ll get an additional Green Ranger skin. The game will be available this April for Xbox One, Playstation 4, Nintendo Switch and PC. The developer also stated that cross-play will definitely be a feature for this game.

And it’s worth mentioning for the Fighting game nerds that FGC Alum Justin Wong will be working with the developer to help with balancing and other aspects of the game to make it more competitive. Check out the new extended teaser trailer below:

Pre-order now and receive a Green Ranger v2 Character Skin at: https://battleforthegrid.com/ A modern take on the 25 year franchise, Power Rangers: Battle for the Grid showcases stunning graphics with vivid details. Pit current and classic Rangers and villains like never before in team battles.