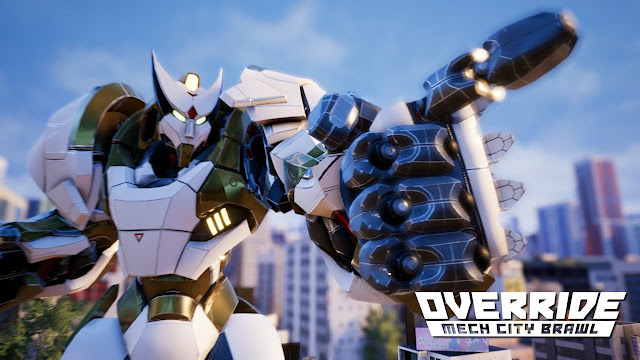 I’ve been a Virtua On fan for quite a long time. It’s probably my favorite Mech video game franchise. Unfrotunately I couldn’t get into the new Gundam VS series though they are great games. Override: Mech City Brawl seems to be more akin to Virtua On. The combat looks insane and the Mechs look unique and colorful. Check out the newly released trailer below:

About Override: Mech City Brawl
Pilot a diverse roster of epic mechs, each with their own play style, special moves, and finishers. Tower over your opponents and lay waste to entire cities underfoot in local and online versus, co-op, and more.

Customize your mechs in the Garage, changing their accessories and skins to create your own unique style. Challenge other players in local and online Versus & Co-Op modes and experience Override’s story in a single-player campaign.