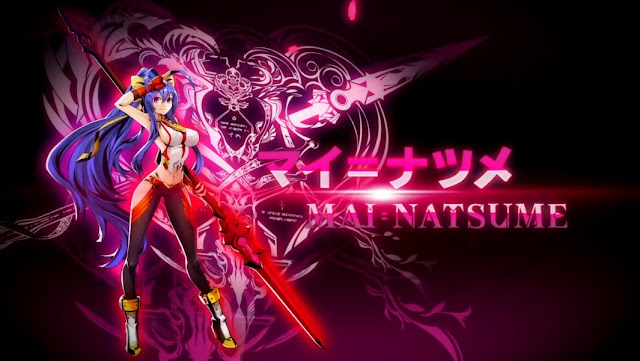 Arc System Works just dropped the latest character introduction trailer for Mai Natsume in BlazBlu: Central Fiction. The series has always been hit or miss in terms of character design and gameplay. Some elements feel new and inventive and others feel reductive. That goes for the characters too. However, Mai Natsume looks very interesting and cool. Her design is a bit cliche but her gameplay look incredible. Here’s a little bit about the character:

Mai Natsume whose true name is Mai Hazuki, is the protagonist of the manga BlazBlue: Remix Heart, its sequel Variable Heart. Mai is the heir of the Hazuki Family, one of the Duodecim noble families. One week prior to the events of Remix Heart, a grimoire transformed Mai into a girl. She was not able to reverse the transformation and her father sent her away to the Torifune Military Academy under an alias. Mai was a classmate and friend of Noel Vermillion, Tsubaki Yayoi and Makoto Nanaya during their time at the Military Academy. During Remix Heart, Mai was the vessel of the Nameless Grimoire, while in Variable Heart she obtained a spear called Gallia Sphyra: Outseal, that is a Legacy Weapon replica and is as powerful as a Nox Nyctores.

Check out her trailer below: