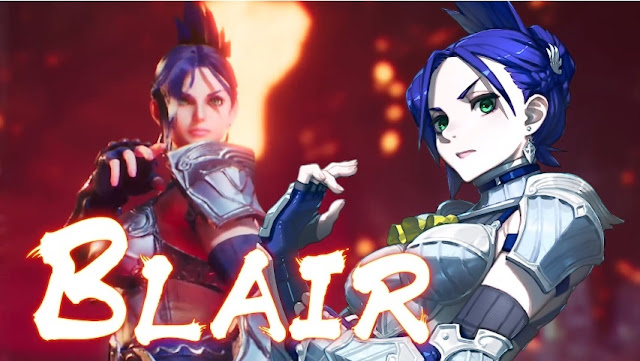 Yesterday, Arika offered a slew of information about their upcoming title Fighting EX Layer. You can get the details here. Now, we have three new trailers for Blair Dame, Jack and Shadow Geist.

I have been waiting for the Blair Dame’s trailer since she was teased a few months ago. Her redesign looks amazing and her gameplay looks pretty good too. She has a couple of new moves like an addition to her Lightning Knee. Her combo heavy playstyle has always been a favorite of mine.

Jack looks really good as well. He has all his bootleg Balrog attacks. We also get a look at two new stages too.

Shadow Geist looks pretty awesome. I’m not sure if he has a new overhead but it looks like a good way to open up someone blocking. I don’t remember a lot of his moveset but it looks like he has some new moves added. At the end of his trailer, you can see two silhouettes hinting at two more characters. I’m hoping for Pullum and maybe Volcano Rasso.

You can check out the new trailers below: