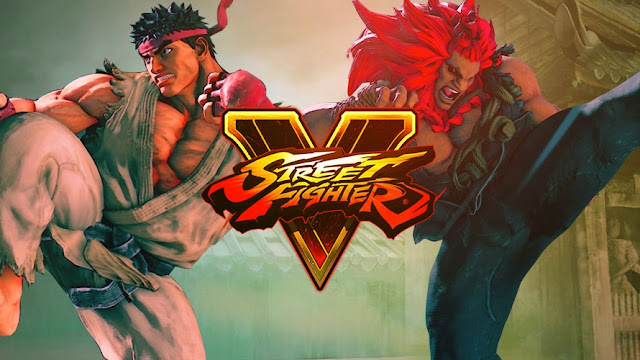 Happy birthday, Street Fighter 5! As of yesterday, it is has been one year since Street Fighter 5 was released and MAN what a year it has been. I have had a love/hate relationship with the game, but it’s been mostly love than hate. Still, the game has seen its fair share of problems. So today, I want to have a retrospective discussion about Street Fighter 5 and its future.

So let’s start with an honest fact: since the release of Street Fighter 5, the game has improved…somewhat. Upon release, all there was to do on SFV was play the online and pray it worked. Even if it did, you had to hope you weren’t paired with some sore loser who could rage quit on you without repercussion. Now, you have VS CPU, a way to punish rage quitters, a sort of better survival mode, a tutorial mode, and missions to get fight money. We’ll get to that last thing in a bit. Another criticism was the “small roster” but 16 characters isn’t at all bad. I mean, there have been much smaller ones. Remember BlazBlue: Calamity Trigger? Remember Skullgirls? Yeah. 16 isn’t so bad.
Street Fighter’s biggest crimes, however, have yet to be forgiven and it shows in the sales. Skeletal game at a premium AAA price, busted servers, a season pass, and confusing currency (that thankfully got scrapped because it was stupid) deterred many players at launch. Had SFV launched then as it is NOW, the game wouldn’t have half the problems. I say half for a reason. The other half is the game itself and even now, it continues to be a problem. 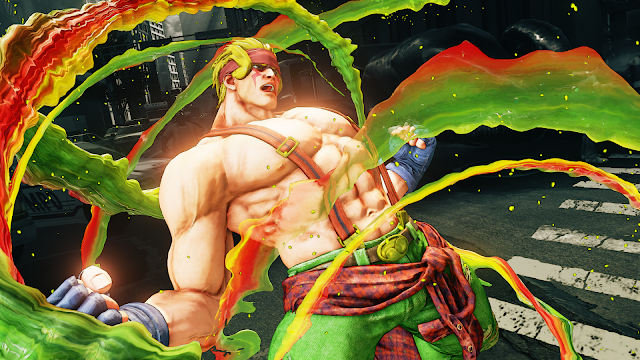 When the game released, it was oddly balanced. A character was either really bad or really good. Very rarely did you have a middle ground. Perhaps Dhalsim or Birdie were the closest anyone could get to not too good but not too bad. Other than that, you were at the top with Chun Li and Nash or the bottom with Juri and Zangief. It can be argued that the bottom characters were still usable, but the way Street Fighter V is the chances weren’t in your favor. SFV is about who can keep the momentum and who can lay on the pressure. Remember that bit. It’ll be important in a sec. The game promised was one focused more on footsies and more of a “simpler” time. Well, we got simpler. You could win with low execution, high damage combos with ease. V-Reversals were okay, but ultimately underused. No, the best defensive tool was the anti-air jab. Remember THAT?
So then we have Season 2…and we have a lot of the same problems in different forms. One of the ways that people dealt with momentum in this game was with reversals. Well, Capcom said screw that and made good reversals be meter based. This was dumb, in my opinion. What made reversals balanced was if they were blocked your opponent was able to counter with the coveted Crush Counter and land big damage. Now, you have that same risk, AND you have to spend resources? As if that wasn’t enough, Capcom’s idea of balance was one of three things: make the good bad, make some of the bad worse, and make the rest of the bad godly. In my opinion, the only middle ground that Capcom found was with Juri, Ibuki, and Necalli; the last of which was probably the most unchanged character. 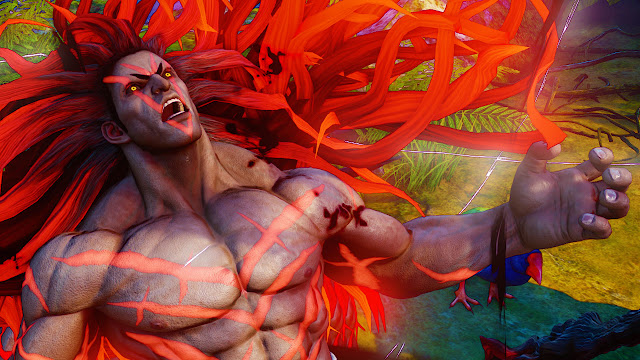 Season 2 has been nothing short of controversial, accused of making the game even more brain dead than before. Laura? Insane. Urien? Beast. Balrog? Godly. Cammy? Ha! Seeing these characters now signify the difficulty you’re about to have in your next fight. Even in mediocre hands, they can’t be underestimated. They’re that good. It has brought about the ire of many players from the casual to the professional. So, despite it having more content, people now hate to play it.
The other prevalent issue that remains one to this day is the money SFV continues to ask of you. Fight money is easier to get now that missions are FINALLY here, but even with those missions the fight money you get is…let’s say meager for the prices. Characters, 100k. Stages, 70k or 40k for existing variants. Colors, 40k-80k depending. And that’s just what you can buy with fight money. Premium costumes? $4. Other special DLC that came from events like the Capcom Pro Tour? $20 or so. Season passes? $30. Though, there are deals on those all the time it seems. Point is, for a AAA $60, this asks for a lot of money or time before you just get tempted to spend money. There is the “if you don’t want it, don’t buy it” argument, but that just normalizes the bullshit, really. Its nothing to be ashamed of. I’ve bought some, you’ve probably bought some. It’s fine. But that doesn’t mean we are going to lie and say it’s not bullshit…because it’s bullshit. 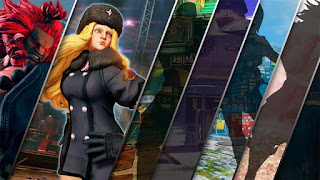 Which brings us to where we are now with SFV. Some have compared it to an abusive relationship. Others have said that we are being too hard on the game. Either way, Capcom has heard the calls of its fans and has reportedly been working on tweaking Season 2. How they’ll do this, no one knows. Personally, I want some F.A.N.G. and Alex buffs. They were fun, but now they’re almost unplayable. Let’s also hope they fix the netcode and matchmaking. I don’t know why they scrapped SF4’s matchmaking. If they just copy and pasted that, it’d be better than it is now. But, I digress.
I want SFV to succeed. I want it to be loved by most. I see the potential, and I think many others do too. It can be a great game, but Capcom really has to put in work. So here’s to the first year of SFV and hopefully I won’t have to make a post-mortem by year 2. How have you guys been handling SFV over this past year? Still playing? Let us know where you stand.