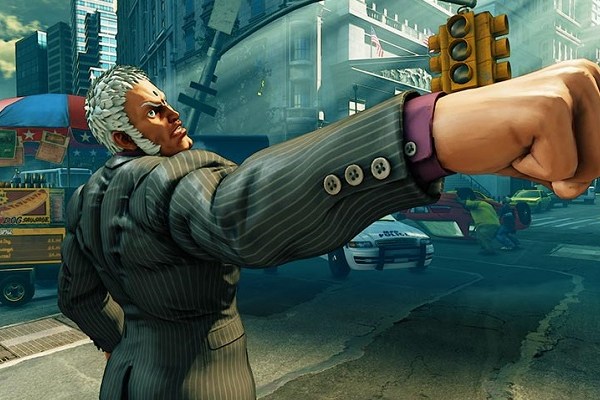 There’s been a lot of discussion going on about top players in the Fighting Game Community and whether or not they should be afforded certain privileges or perhaps they’re too cliquey. Honestly, I think this is one of the byproducts of the eSports culture and social media, but we’ll get to that in a bit. I have a lot to get cover, so let’s get through the preamble and the minor stuff: cliques.

Before we begin, I want to make some things very clear. Being part of a clique or being someone who gravitates toward a clique isn’t inherently a bad thing and doesn’t make you a bad person. For some reason, we’ve come to this point where we think that being part of group like that will make you a bad person and that simply isn’t true. In fact, you (the person reading this) are probably more prone to a group of people you know more than another. I know I am. That’s just human nature, honestly. And on top of that, cliques can definitely grow and change. 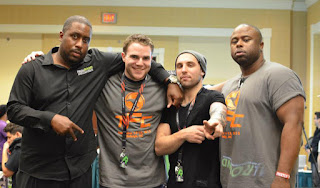 When we ask if the Fighting Game Community (FGC) is too “cliquey” (I really hate this word) I would have to agree, but with a big asterix next to it. See, this question reads to me as “Are people who see each other several times a year too friendly?” and that’s a stupid question. Call it a clique or a family. The FGC has plenty of that. It’s apparent down to their games, as well. Capcom players hang with Capcom players. Tekken players hang with Tekken players. And so on and so forth. They’re players who share the same game and compete often.

These are people who’ve played games with each other for years and have gotten to know each other through their shared love of their respective games. I would be surprised if they weren’t in some sort of clique. On top of that, it’s not as if they’re not open to hanging out or chatting with others who aren’t necessarily a part of that clique. Yipes, myself, and people I didn’t know played games at 4am at ComboBreaker 2017. I’ve played Xian, RobTV, Gootecks, and Poongko who were more than willing to play anyone and chat up people. I know they’re a small portion of the FGC, but this is just my experience. Please, share yours too. They aren’t some snobbish celebrities. I think that those who aren’t a part of that clique see them and put them on a pedestal that they didn’t make. But when you approach them as people who play the game just like you, then the idea of being too cliquey doesn’t really exist. 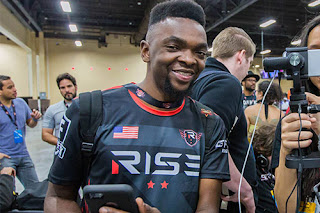 On the other hand, top player privilege is definitely a thing among the more entitled. Just like there are those who are humbled and act pretty much like normal people, there are also those who win at video games sometimes with inflated egos who think they run the tournaments. They tend to believe crazy things like forcing people to leave a set-up because of their money matches or warm ups. I suppose hotels don’t have good enough televisions or they’re too busy to set up their own monitors, but I digress.

There are definitely Pros who act like (pseudo) celebrities, but they are the vocal minority. There aren’t many who think they can say or do what they want because of who they are. As for some tournament organizers, I think some enable this behavior. I can’t speak on how it used to be since I haven’t gone to tournaments for THAT long, but I do believe that pro players are given more leniency as far as tardiness to their matches. Some cases may be warranted due to travel delays and other mishaps that could occur. I believe this is especially true of the big tournaments that bring in the big eSports dollars. If a big enough name is late, I do believe that a tournament will crawl a bit just to afford that player some time. It’s garbage, but it’s also business. 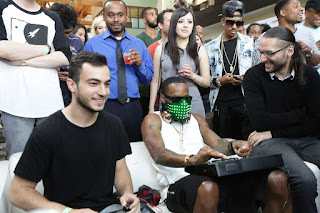 Ultimately, I think that’s where this stems from: tournaments are a business. Now that eSports is taking off, there are more television opportunities, sponsorships, and money. The community is changing and being looked at through very altered lenses. Just like any other celebrity, the things we do as every day people are things that are looked at harshly when they do it. It seems that they are scrutinized every day for it. Sometimes it’s justified, but often times it’s a little too much. I think the clique talk is a little nonsensical and the privilege talk is worth exploring more.

I think we have eventually reached this point where we have people who are famous for playing video games well and they have their own cliques which is the natural way of things it seems. However, where does that leave those who are only semi-famous? Who haven’t been on television or anything like that? Well, like any person propelled into fame, you get those who are just chasing the celebrities for clout and notoriety. You know those people that name drop every chance they get but go 0-2 at every tournament they compete in. It puts those who are famous in strange positions where people use them for said fame to obtain some kind of status or position of power. A good example is Mike Ross. When he wrote about breaking off from the FGC, he was quite transparent about not knowing who his friends were when he was at the peak of his success in the community. He couldn’t determine if they were fake and as a result not know if he was fake. 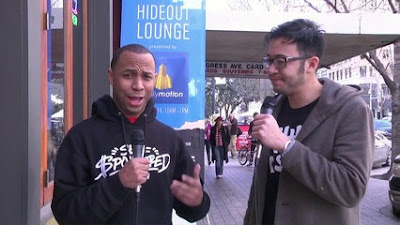 Clout chasing is real and very dumb. It undermines what the FGC is about: the games themselves and how well people play them. Now people scramble to get “famous” or befriend Pros so they can get into the upper echelon of the FGC and benefit from the perks that come from being in the company of a top player. RobTV alluded to this in his recent vlog. People aren’t so dumb that this kind of stunt will last for long. However, it could create mistrust and cause players to seem cliquey because at least in their own groups, they know who their friends are (mostly). They don’t have to worry about this new player who all of the sudden wants to hang out with them. I don’t blame them. Perhaps it’s just what comes with the fame. Or maybe people are just trash like that regardless.

But what do you guys think? Are cliques bad? Is the FGC changing too much or are we looking too deep into it? Would you move if a top player wanted to money match? Do you know a clout chaser, and does that nonsense even work? Let us know in the comments.