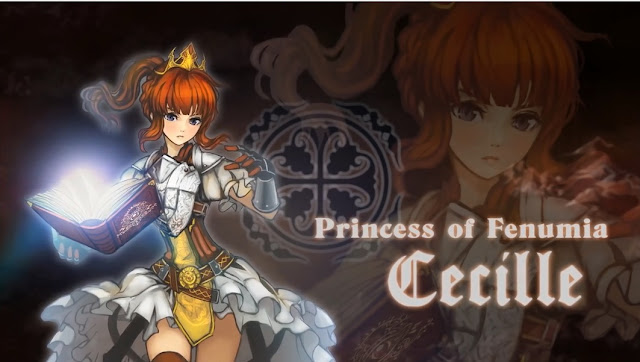 YummyYummyTummy Director & Siliconera founder Spencer Yip offered new details about the upcoming ARPG Fallen Legion: Sins of an Empire & Fallen Legion: Flames of Rebellion. The game is inspired by games like Valkyrie Profile and Danganronpa. Each and every choice you make affects the characters and world around you.

During a livestream at GDC 2017, he went over the finer points of the game and how the two versions differ for each respective consoles on Siliconera:

I’m happy to say that we did it – Fallen Legion is coming to PlayStation Vita and the Vita release is not a port. In Fallen Legion: Sins of an Empire for PlayStation 4, you lead Princess Cecille and a saucy, talking grimoire on a journey to restore glory to her family’s crumbling empire. You control her rival, Legatus Laendur, who is leading an army to overthrow the royal family in Fallen Legion: Flames of Rebellion for PlayStation Vita. Players will see the war from conflicting perspectives in two different games. Each Fallen Legion title has a unique story, levels, story branches, and exclusive boss battles.

Control four characters simultaneously and master devastating combo attacks in furious real-time battles. While clashing with rebel armies, you must make split second decisions on how to rule your kingdom.

Will you side with the mercenary Prime Legion, palatine Council of Princes or cabalistic March Congress?

From the fangs on the game’s menacing manticore to each brick in Fenumia’s castle, all of the artwork has been hand-drawn to create a stunning world.

Check out the official trailer and livestream below: