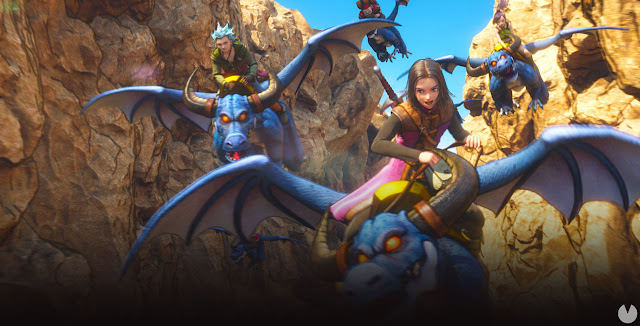 After months of speculation, SquareEnix has finally announced the latest entry in their flagship series Dragon Quest XI: Echoes of an Elusive Age will be coming to North America and Europe September 4, 2018 for Playstation 4 and Steam. Press Release:

In addition to delivering over 100 hours of content, the Western release of DRAGON QUEST XI will also feature several upgrades and enhancements that were not included in the Japanese release, including:
•English Voiceover
•Draconian Quest, a hard mode that offers additional challenges for more experienced players.
•Overhauled Menus & UI, with graphical enhancements and more intuitive navigation.
•Camera Mode, allowing players to take in views of the beautiful landscape, character renders and ferocious monsters in detail.
•A New Dash Function and many other system enhancements such as improved character and camera movement

Check out the new English gameplay trailer and opening movie. Pre-orders for the game start now and will give you access to the “Legend Reborn” theme for Playstation 4.
Opening Movie