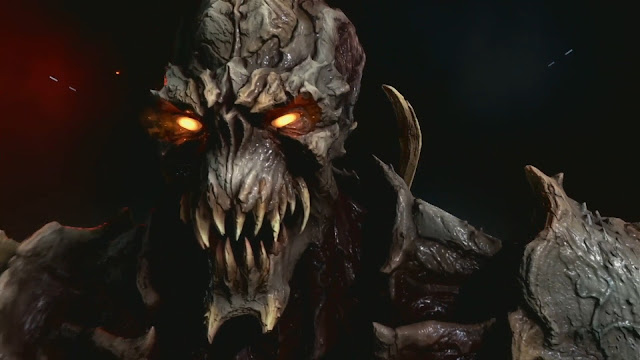 It’s amazing what little things in video games can cause a big stir if people shout about it enough. In case you aren’t in the know, Doom Eternal has dropped a new gameplay trailer and it was amazing. Blood, gore, action, and more could be found in it. I’m ready to throw my money at this game. However, there is a group of people who are…upset with the game.
DOOM Eternal – Official Gameplay Reveal
So, what could be the problem? Well, in Doom Eternal, the demons have invaded Earth. And to help humans get acclimated with the demonic invasion, there was a joke made about not calling demons “demons” because it could be offensive. Call them “mortally challenged.” I chuckled about, as did most people. However, there were some who took a microscope and really zeroed in on this particular line. The accusations range from racism to being anti-immigrant to being a dog whistle to SJWs? Whatever that means. Either way, I initially found it absurd. 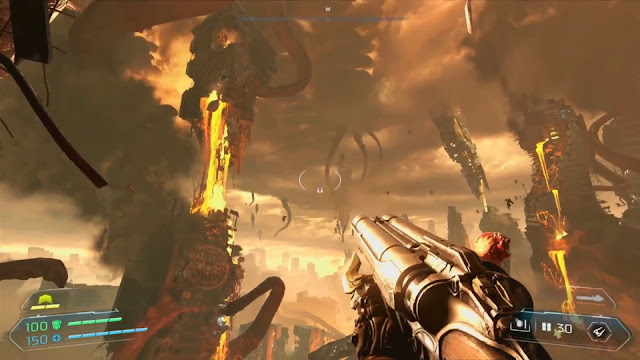 But then you think of the kind of games Bethesda makes and wonder if it did have some hidden meaning. We know they don’t shy away from social commentary as evidenced by Wolfenstein II. Still, the deepest I could see it was mocking those who are of the politically correct mindset. Though, I suppose it doesn’t bother me because the context here is a demon invasion. The last thing I’m thinking of is whether or not this is anti-immigration.

Video games have the ability to convey many points of view and perspectives these days. Some cover depression,”coming of age” story, and some are just dumb fun. Given Doom’s history, the deepest meaning I can ever gather from this is the cost of human hubris and greed. And that’s if I go really reaching while ignoring the fast and frantic gameplay coupled with the satisfaction of blowing off a demon’s skull. 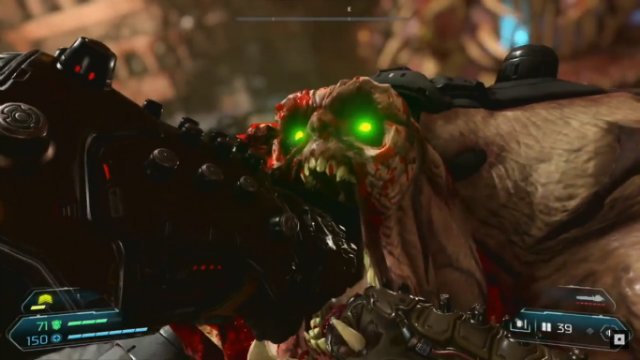 Bethesda is bold, but not dumb. I highly doubt this is some huge political statement that’s anti-immigration or racists. I think this is a game about demons invading because of dumb ass humans, dumb ass humans trying to cover it up with political correctness, and all of that nonsense. This is a reach, but nothing we’ve not seen before in this industry. How many times has a game been accused of racism, being anti-this anti-that, and so on? In almost any game, you can find a problem if you look HARD enough.

Example, Dead Cells (fantastic game, by the way). There’s a cell keeper who watches you respawn the first couple of times until she ends up dead. Now, that’s no big deal, right? But if I wanted to get a little crazy with it, I could say she died for being a strong female character and that it was sexist for her to die while all the other male characters lived. Or even easier, Street Fighter. Dee Jay, Dhalsim, Fei Long, T. Hawk, and so on? Racist. JUST RACIST. 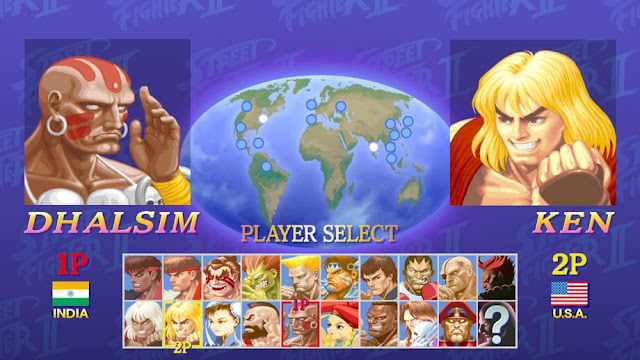 Point is, this is stupid. I really feel that this is a really dumb reach that shows that people are just ready and waiting to be offended. By what? Who cares. They want to complain, be offended and have something to complain about and it’s just insane to me. There is SO much to actually be upset about in video games. Madden 19 is the worst it’s ever been. EA more and more looks like the company that made Doom happen. Jessica Price is still being an idiot because she thinks she was fired because sexism (LOOK IT UP). There is so much to be upset about.

I think we can let Doom have this joke without thinking the worst about it, all right?