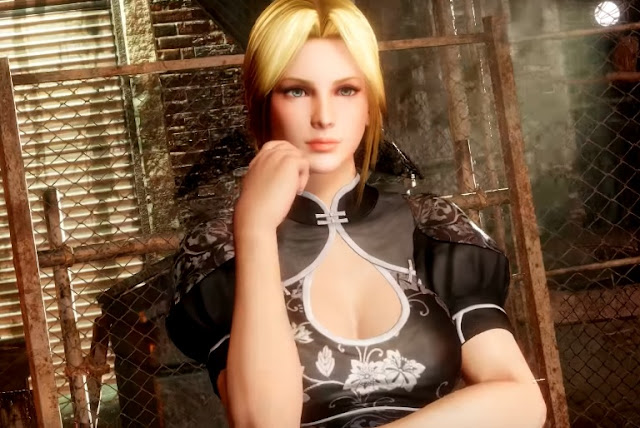 Since its announcement during E3, DOA6 has been embroiled in controversy after it’s omission that this latest entry in the franchise would see a less fan-service/ecchi game and be more focused on gameplay.  I’ve given my own commentary on the aforementioned last week. The official DOA6 twitter page offered a new nugget of info regarding new system mechanics that will be implemented into the game. The Break Hold is a new defensive option you can use to stop all incoming attacks at the cost of the Break gauge. You can also stop Fatal Rush combos (the new comeback mechanic) if used at the right time.

I personally hated the change made to DOA4 that inputs for mid holds differed depending on whether the attack was a mid punch or kick. I think this Break Hold mechanic will be a call back to DOA3 which will slightly simplify the Hold system. I think having the Break Hold require meter is a nice compromise. Unfortunately I’m definitely in the minority as people took to twitter to discuss their distaste for this new system. Many people feel this new mechanic will hinder the gameplay. Check out the official tweet below:

The new Break Hold can stop all high, mid and low strikes but requires you to use the Break Gauge meter. Break Holds can also stop a Fatal Rush combo from completing if timed correctly. Use it wisely fighters! #DOA6 #DEADORALIVE6 pic.twitter.com/jAI2KpRvxP

When using a break hold remember that the damage is minor. It’s primary use is to get out of hard situations. Using the breakhold will not allow you to use the break blow in the same round. https://t.co/RXgRjbXMbN #DOA6 pic.twitter.com/1DmdPghewN