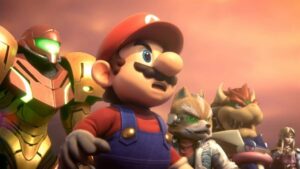 It was a toss up on whether or not I would discuss “boner culture” or how we’re still gatekeeping in current year (I have a feeling that years down the line this will still be relevant), but boner culture deserves more than just an article. We’ll get to that. For now, let’s discuss gatekeeping and why it’s so goddamn stupid. For those unaware, gatekeeping is defined as “the activity of controlling, and usually limiting, general access to something.” I’m sure you’ve seen it in music, movies, and especially video games. It’s a silly concept: telling someone they’re not allowed to participate in a fandom or community because of arbitrary reasoning has never gone over well. And yet, it’s still a common practice. Why? Let’s speculate.

In case you’re wondering, this was absolutely sparked by that whole mess with the Summit of Time. However, we can reach to a further incident that happened with that whole “years of research” nonsense. Several smaller incidents can be found in between if you look hard enough on Facebook or Twitter, but each case of gatekeeping seems to have the same pattern. Someone is entering a new community from another community and it causes some offense for unknown reasons. It could even be people who have never been in any community at all and this could be their first impression of it. Either way, it’s far too frequent and only serves to stroke egos and continue a negative narrative. 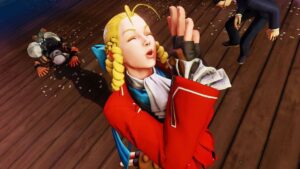 It comes in many forms as well. From big name players telling people to move from casual setups so they can practice, do their money matches, or play with their friends. Also, they may opt to tell the other player that they’re trash. You can bet that this isn’t something that is as isolated as some would like to believe. Yes, there are plenty of more welcoming figures that always want to bring in more people. They should be celebrated and I hope they’re the ones most thought about when people think of the Fighting Game Community. However, as with most things, the minority is loud and it makes them far too visible. And I keep having to ask myself the same questions: Why? What’s the point? What do you gain? What do you think you have to lose?

One could argue that people do this out of fear people which seems ridiculous and that logic fuels gatekeepers’ incredibly irrational behavior. They feel like they must “protect the community.” This would include: wanting to keep a small and tight community; keeping the fanbase loyal and…”pure;” keeping out posers or casuals. How does any of these things make sense? I understand becoming attached to a game. I do. I deeply love Street Fighter as a franchise and I will defend it against other franchises to my last breath. But that doesn’t stop me from the reality that large communities help games be made and makes communities thrive long term. The only fear I get even a little bit is the idea that if more people join the community, then developers will make a game easier to make it more accessible. Though, I think that fears like that aren’t as solid as one would think. 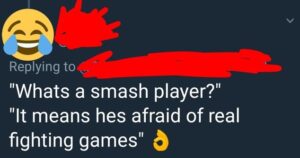 The easiest example could easily be Street Fighter V. Now, people think that this game has been casualized and “dumbed down” from previous games and that isn’t wrong. Still, the fear that it would be something people don’t enjoy appears unfounded. Even from people who “hate this game” come back to it often and are within the top 500 players in ranked matches. What sense does it make to keep playing a game you hate? BlazBlue Cross Tag Battle is another example. That game is ridiculously easy to pick up and play, yet it doesn’t take away from the game being fun. These are the kinds of games people point to and scream about why we need to keep the casuals out.

But perhaps the most ridiculous sort of gatekeeping out there is, for lack of better terminology, “pro gatekeeping.” If a top player from community A wants to play a game in community B, then a top player from community B will step in and say no. Why? Because they don’t really belong there and should stay in their own community. No matter how many “years of research” you do on this subject, no amount of evidence exists that’ll make this interaction make any kind of logical sense. All it does is make your community look bad. This kind of gatekeeping is counterproductive. You already know who they are, what they’re capable of. And you know they will take the game serious and not complain about it’s difficulty for them (usually). So, what do you lose? 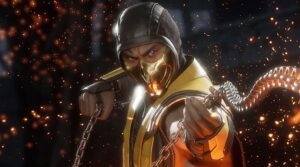 Gatekeeping itself is incredibly counterproductive and does nothing but to protect the egos of fans. From what exactly? God only knows. Maybe the dreaded casuals? You know the people who keep buying the games so the franchise can thrive? People who are…apparently a part of the same fighting game community but not quite? Because we’re allegedly incapable of learning more than one game? When you take time and think about it, gatekeeping makes no sense. People like video games. It shouldn’t be such a big deal that people like YOUR video game. Also, shoutout to those who help others get into these fandoms and stay. Those people get it. We may not all become pros, but getting good at a game we like is pretty important. So thanks to those who help with newer players. And to those gatekeeper types…find some business. With that said, tell us what you think. Did you ever experience gatekeeping? Do you think the practice is dead? Do you personally do it? Let us know (and stop it).