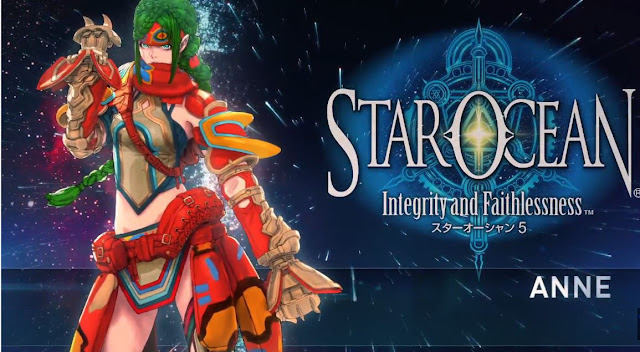 A new character video has been released for the fearsome fighter Anne. She’s 28 years old and has been described as intellectual, cunning and has a soft spot for cats. Her moves look pretty good thus far. I’m glad that they added an older character to the game. A lot of JRPGs recently focus on teenagers or younger for the cast. Good to see a character my age in the party. Take a look at the trailer below:
Star Ocean: Integrity and Faithlessness is due out for PlayStation 4 and PlayStation 3 in Japan on March 31, and for PlayStation 4 in North America and Europe in 2016.